Crankworx Les Gets 2018 - UPDATED WITH NEW EVENTS AND CONCERTS

Crankworx 2018 - The multi-competition and multi-show event that brings together the Mountain-biking elite is back in Les Gets, from the 20th to the 24th June this year!

Spectacular displays including Slopestyle, Dual Speed & Style, Pump Track and Downhill, Mini-Bikes Challenges and DH Events with the best riders in the world!
This event has an incredible atmosphere with thousands of people coming from all over the world for the five days to enjoy the biggest Mountain Biking competitions in France and there are many events for the whole family, concerts, and also the Kidsworx events and pump track for the children.
The opening event is the Whip Off Championship presented by SPANK.  Slopestyle is Crankwork's showpiece race. The outcome of the event in Les Gets, the 2nd stage of the Triple Crown of Slopestyle will be decisive for the rider going after this prestigious title.  The Downhill event in Les Gets - the heart of Europe's biggest bike park will be spectacular.  It's hosted on the Mont Chery part of the resort - promising amazing views of Mont Blanc from the start!
EVENTS DURING CRANKWORX
So much more than Mountain Biking -

During Crankworx Les Gets, bars and the Tourist Office offer you free concerts in the centre of the village! Come and watch The Defibrillators' Rock on Friday 22nd June at 10.00pm.

Les Gets is part of the Crankworx World Tour which currently includes Rotorua in New Zealand, Innsbruck in Austria and Whistler, the historic flagship of the festival, in Canada.
From the 20th to the 24th June 2018, watch the best athletes perform including our very own Les Gets’ ambassador Loic Bruni, the Downhill World Champion!
You probably won't want to miss this great spectacle and if you are looking for a place to stay in Les Gets - take a look at our accommodation pages - showing various options
For full details and schedules for this event visit the Official Crankworx Website
Published: 18 June 2018 | Caro Blackwell reporting for LesGetsInfo.com 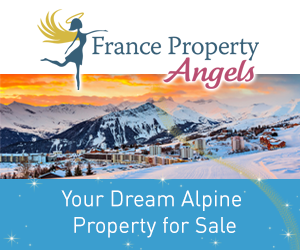